What I Want People to Know About Cystic Fibrosis 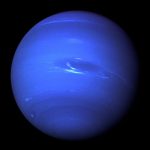 Cystic fibrosis is different for every patient and should be treated based on the patient, not some textbook description of what the disease might be. Lung function can also be deceiving at times.

Each CF patient is different

In my experience with this, there have been times my lung function has been, as a previous doctor said, (who I have stopped seeing after finding a MUCH better CF center in another state) “better than most CF patients” and for me to “get used to the fact that I can’t be as healthy as I used to be”. But, I was coughing up blood. I was not treated because of a good lung function.

I ended up needing an embolization after being taken to the emergency room because I couldn’t stop coughing up an insane amount of blood. I don’t even remember the next few weeks, because I was so drugged out. My lung function did begin falling more after that.

After moving to a new CF center, I got proper treatment and my lung function is now higher than it has been in my entire life, literally. Homozygous delta f508 here.

I cried a lot. For the first time in the hospital, it wasn’t because of pain, or feeling scared of my doctors for shaming me for not taking “good enough care of my disease”, or because I felt I was not being listened to – I was crying because of happiness.

I had never been treated so well by a CF team. They understood me, they listened to me, and taught me about treatments for CF I didn’t even know existed. As well as antibiotics I didn’t know existed. My previous doctors told me I was running out of available antibiotics.

That was not true, at all.

When I found out, I screamed and cried. I was literally happier than I have been in a long time. Even the lady doing the PFT test jumped back a little. That was quite a while ago now, and after a lifetime of feeling hopeless about CF killing me… I feel hopeful.

When I moved, my lung function was MUCH MUCH lower, I don’t even want to say the number.

Cystic fibrosis can be isolating

Another thing about CF…. it can also be isolating. My body is weird and people don’t get it.

I live on my own now – no roommates, no caretakers, just me. It’s been a challenge, to figure out how to juggle life and classes and cf and my own fun time. It can be draining, a lot of the time.

I don’t think people realize all the strength it takes when I tend to look so “good” on the outside. Eyebags aside. Or people who expect you to get to every treatment every day, as a single person on my own. Sometimes man, it just doesn’t happen and I’m not a failure for that, I’m human. I love living alone. I love independence. My own place. But it is like living life on hard mode I think – so to say. With CF. CF is my roommate.

Patients need to be treated as individuals

But I really do appreciate the CF care in Denver more than I can put into words. It doesn’t even feel like a hospital completely during admissions. They take such good care of their CF patients. And the way the rooms are set up, they totally spoil us while we’re in!

CF is complicated. There’re good days, bad days… even with my lung function higher than ever… I still get sick easier than most people. And I do need antibiotics often during sick season. And while I feel healthy at the moment, it takes so much effort to keep it that way.

Living with CF requires a lot of work and a lot of learning. Looking at some textbook and thinking one description of CF applies to everyone with CF because that is soooooo far from the truth and 100% NOT the way to treat your patients and I want people to know that.