Sorting Out Hopes and Dreams 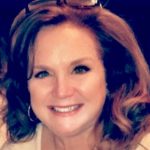 Roughly 10 years ago, while at a CF Foundation event during the “My Dream” campaign, a writer for the Foundation asked me a basic but poignant question which, quite simply, took my breath away. “What was my dream for my son?”

Without warning, in that pivotal moment, I began my answer and yet needed to pause as I struggled to maintain my composure, trying to keep my knees from buckling and avoid breaking down in tears in front of this complete stranger. Lingering in the back of my mind, however, was a simple word, a concept previously abstract at best; but still, where was my son’s life going if I couldn’t see the possibilities? Where was Hope?

My dreams for my daughter, who does not have CF, are vast and similar to all parents, including education, career, love, happiness, family and the like. However, at this point, cystic fibrosis had a rather firm stronghold on my son’s health; multiple medications both oral and inhaled were coupled by a daily rotation of multiple IV drugs. Hospitalizations were a constant and life was a steady stream of round the clock healthcare.

My wish, my dream, my ultimate hope for my child, wasn’t filled with grandiose ideas. It wasn’t that I would one day hold his babies, or that he would have an exciting career. However, it was quite simply the basic concept that he would just, live. And as a mother, uttering those words stopped me in my tracks as if putting thoughts into words would test the fates.

Where was Hope, the hope that was freely given with every “get-well” wish and every cordial covered dish, even the hope that was evident as a steady stream at the very fundraiser we were attending that night? Why couldn’t I see it?

Hope, it seems, comes in a wide variety of packaging, sometimes with bows and whistles and other times as simply as a baby step, but occasionally, fear lurks in the shadows, blinding the light. In late 2015, Hope came in the form of a new Vertex drug and, within a few months, had transformed what was previously a chaotic course of conflict between living life and cystic fibrosis managing his existence. This was the first step.

With this opportunity came the chance to chase his dreams, the potential to make adult decisions similar to his peers, even the prospect to make life’s mistakes while having the luxury of learning from them. Work was suddenly a viable option, while the clarity of even steadily pursuing a college degree swiftly became a reality.

Dismay, despair, and doubt; the formidable trio of fear continue their ebb and flow relationship with hope, but honestly, this is true for us all. These previously elusive opportunities, taken for granted by so many of us, were suddenly a part of his reality. I came to realize hope was in our midst because he is currently doing what I had wanted all along. He is living.

While recognizing hope in the disappointment that comes with the discouraging news of temporary failures or goals not met, it is at times, what keeps propelling us forward; attempting new things and accepting new challenges. Hope is what stops us from giving up.

Cystic fibrosis can be a vindictive horrific monster, vile and quite adept at ensuring that it wins at all cost, but within this villain is the hero of Hope, the white knight racing into battle with an army of optimism, which can inflict the benefit of victory to all who face that poignant question from years ago.

What is your dream? Because with cystic fibrosis or without, our dreams are our hope and, quite simply, that is what tomorrows are made of.