How Does Cystic Fibrosis Develop?

Cystic fibrosis (CF) is a genetically inherited disease that affects one protein in the body. In turn, this mutated protein causes the body to create thick, sticky mucus that clogs virtually the entire body, but especially the lungs and pancreas. Cause of death for the vast majority of people with CF is advanced lung disease.

CF is what is known as an autosomal recessive genetic disorder, meaning that the person with CF inherited two copies of a defective gene -- one copy from each parent. This mutated gene, the cystic fibrosis transmembrane conductance regulator (CFTR) gene, is located on the long arm (q) of chromosome 7 (7q31.2).1,2 Unlike some other genetic conditions, cystic fibrosis is equally prevalent in males and females. While the prevalence of CF is the same in both men and women, the severity of CF symptoms can vary in men and women.

People with only one copy of the defective CF gene are called carriers. Carriers do not develop CF because they have a dominant gene that causes their CFTR protein to be handled correctly in the body. CF is the most common life-limiting genetic disorder.3

What does CFTR mean?

The CFTR gene is responsible for giving the body instructions on how to handle the CFTR protein. A normal CFTR protein is made of 1,480 amino acids and folds into a stable 3-D shape that carries chloride across the cell membrane. Mutated CFTR proteins throw off the balance of chloride and water at the cell surface, resulting in thick, sticky mucus.

The CFTR protein is located in the exocrine system. The exocrine system includes every organ of the body that makes mucus, including the lungs, liver, pancreas, and intestines, sinuses, and sex organs.1 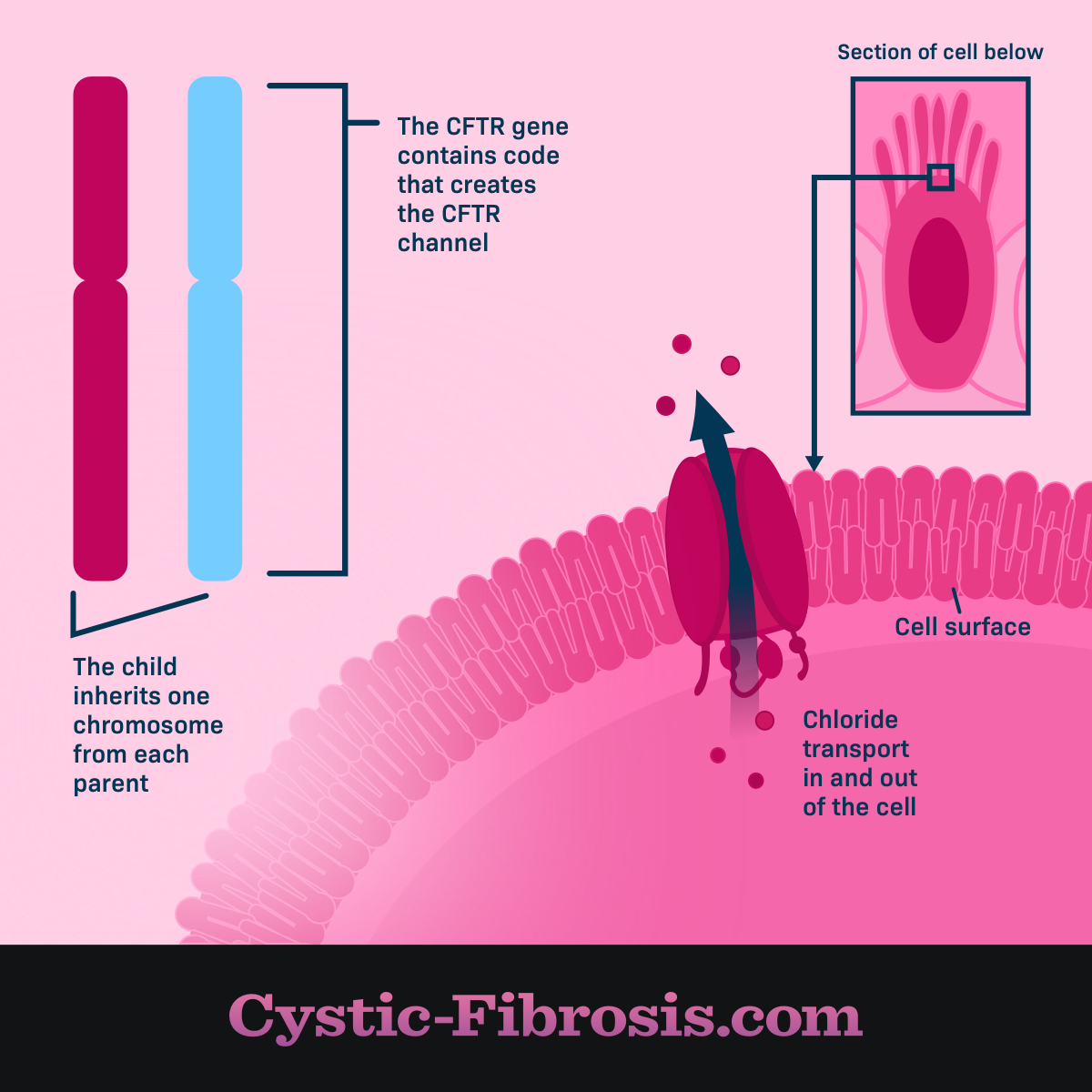 Scientists have identified at least 1,700 genetic mutations that cause CF. Some mutations cause virtually no CFTR function and others create at least some function. These mutations are grouped into six classes.3-5

The most common CFTR mutation is F508del and 85. 8 percent of individuals in the CF Foundation’s Patient Registry have at least one copy of this mutation. F508del is a Class II mutation.4

The latest medications, CFTR modulators, target specific genetic mutations by fixing how the CFTR protein or the cell membrane works.

Scientists have identified differences in the health and response to treatment among the different classes of CF mutations.

Most people with CF fall into Class I-III. People with these mutations tend to be younger, are more likely to be prescribed pancreatic enzymes, to develop CF-related diabetes and liver disease, and have acid reflux.4 Class I-III mutations are considered more severe forms of CF because there is no residual CFTR function.3

Class IV-VI mutations are more common for those under age 10 and those who are 50 and older. People with these CFTR mutations have milder lung disease and some pancreatic function which is why they tend to live much longer than those with more severe types of CF.3 They are also more likely to develop pancreatitis and osteoporosis.4

How Can Cystic Fibrosis Affect the Teeth?