The 6-Foot Rule for Cystic Fibrosis 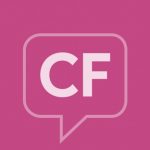 In early 2019, a movie began showing in theaters across the country called Five Feet Apart. The previews that aired on television showed two teenagers falling in love. Both of the characters had cystic fibrosis (CF) and were in and out of hospitals as they started a relationship. Although the movie was titled Five Feet Apart, it is based on the 6-foot rule that applies to people with cystic fibrosis.

What is the 6-foot rule?

In people with CF, the mucus in the lungs can trap bacteria, causing infection. These infections can be dangerous – even life-threatening – to people with CF. This is why doctors say that patients with CF should stay 6 feet (or more) away from anyone who is sick.

In addition, people with CF should try to stay as far as possible from someone else with CF. This is because people with CF get infections that the general population generally does not catch, and they’re more likely to pass those germs to others with the disease.1 Experts chose the distance of 6 feet because this is how far germs can spread when a person coughs, sneezes, or even speaks. Keeping 6 feet away from someone else who is sick helps to keep a cystic fibrosis patient from catching the bacteria.

The 6-foot rule is widely known, and some hospitals have strict rules about keeping CF patients away from each other. Others, however, have no policy at all. And many other medical facilities have rules that are somewhere in between.1

Once pseudomonas is found in a CF patient’s airways, it is very difficult to get rid of the bacteria. Strong medications or other forms of treatments can delay the development of an infection.2

At a hospital, the healthcare team practices caution to ensure the containment of pseudomonas between people with CF by:2

What can you do?

There are some things you can do to reduce your risk of catching bacteria that causes infection:

Like the characters in Five Feet Apart, life with CF means that you have to make some changes to your daily life to stay as healthy as possible. This includes following the 6-foot rule around other cystic fibrosis patients. There are many lifestyle tips and tricks that can be used to avoid dangerous bacteria.