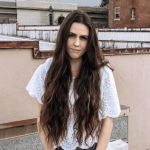 It’s been several weeks since the FDA announced the approval of Trikafta for use in 90% of cystic fibrosis patients. This news came as somewhat of a shock to me, because it was rumored to come out in March. I was in the hospital when I heard about it, and a wave of peace came over me while I waited to be discharged.

This peace was distinct, because despite my relatively stable health, my anxiety that I associate with hospital admittance had been whispering to me for days that I may not make it until March. This is nowhere near a true threat, considering I am, more often than not, healthy. I’ve had several doctors in the past marvel at how “unaffected” I was by the disease.

Shifting from anxiety to hope

Just this year, for the first time in my life, I was admitted due to lung issues (with the exception of admittance for a lung infection during my pregnancy). Yet, once admitted into the hospital and with every sign of increased cough, loss of weight and appetite, I begin the battle of indescribable fear and anxiety about my health and what that could mean for my family. Even now, I’m shaking my head to escape the thought.

My mood shifted and hope settled in where a stress-induced irritability had been. “What a time to be alive.” I thought. This is the advancement that I hoped to see in my lifetime. This is the drug that I had hope for, journaled about, and shared rumors about with my friends and family. I have a journal entry from several months after I gave birth to my daughter – a sort of desperate attempt at manifesting. I wrote:

“By the time Lively is 4 years old, there will be something close to a cure for me. She won’t remember how sick I was.”

I wrote this as a last stitched effort to help alleviate the anxiety I had as a sick mother to a small baby. My daughter, Lively, will be 2 this February.

So close to getting Trikafta

The unthinkable has happened and this new “miracle drug” is within reach, and just like that, I’m thrown from clawing after the positive possibility of “someday” and enter a new sort of Advent, almost. A season of waiting.

This time of waiting to begin Trikafta will vary from patient to patient, perhaps depending on disease severity, insurance approvals, and the pharmacy’s ability to ship orders. It’s a daunting, yet mind-numbing process. I know it well, since this will be my third modifier medication to gain access to. I know that I am at least a week from taking the first step in the process, as my doctor is waiting until my next appointment to write the prescription.

How will Trikafta change my life?

I have so many emotions in this time, and I find myself looking around wondering how much my life will change after I begin this medication. I wonder if my hopes are too high for it, so I try to talk myself out of being too hopeful, but I don’t know if disappointment over the drug is more harmful than my desire to dampen my excitement by micromanaging my expectations and refusing to celebrate further until I:

I’m trying so hard to be patient. I know there are people who aren’t eligible for Trikafta, and others who are eligible, but don’t have access to the medication in sight. I remind myself of this and feel a little washed over in guilt, but all of these truths don’t take away the fact that this is what I’ve been waiting for and yet, there’s more waiting to be done.