More Than My Lungs: CF Affects My Whole Body 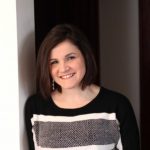 When people hear me say that I have cystic fibrosis they usually say “oh that’s a lung disease, right?”  Which is true. CF very much affects the lungs, with lung infections being one of the most common complications of CF. We lose lung function as we get more infections and our lungs become more damaged.

However, CF isn’t only affecting my lungs. It affects almost every aspect of my health and body. I always remind people that each patient’s case is unique and can involve a wide variety of medical issues. No two patients are the same, even though lots of issues can overlap.

Medical issues in my early years

I was born 12 weeks premature, life-flighted to a larger hospital, and had multiple lifesaving surgeries performed. I was born with meconium ileus, which is a common sign of CF (10% of cases). Meconium ileus is when the meconium in the intestines is thicker and stickier than normal, which causes an intestinal blockage. My blockage was pretty severe and I had gangrene in my intestines, so they removed a large section of bowel.

I spent the first five months of my life in the hospital recovering. Blockages continued being a reoccurring issue throughout my childhood. This meant many more surgeries for bowel resection due to intestinal blockages and damage. I currently only have 2/3rd of my intestines.

Another medical issue I dealt with from a very young age were seizures. From only a few months old until adulthood I had many seizures, including absence seizures and grand mal. I took medication to lessen the amount. As I got older my seizures were fewer and farther apart. Until they stopped altogether during my college years. We still are unsure why they ended, but I’m thankful for whatever the reason may be.

When I was three years old my mother noticed I talked only out of one side of my mouth, held my right arm at an angle, and walked on the outside of my right foot. I was diagnosed with cerebral palsy shortly later and began intense physical therapy to strengthen and stretch my muscles. I was fitted with a leg brace. After almost a decade of braces, therapy, and exercise my foot was corrected enough to say goodbye to my leg brace in 4th grade. By 6th grade, my eye muscles were strong enough to not need eyeglasses anymore, something I had worn since I was 6 months old.

Navigating symptoms through my teen years

By the age of 12, I had been through multiple surgeries and hospitalizations, and started experiencing joint pain. I would get these flare-ups where my entire body would hurt if I moved. My joints would freeze and be stiff. I would get a fever and red spots all over my body. Doctors said they believed it was cystic fibrosis-related arthritis, but there wasn’t enough information at the time to diagnose.

I tried to just get through the flare-ups and felt fortunate my body and joints only hurt during flare-ups and not every day. I hated to miss school when I was sick or having surgeries, I always got behind in classes and homework. I think I rushed through so much of my “missed” homework that there were gaps in my education.

By junior high school, one of my biggest obstacles was my weight and energy. I weighed only 45 lbs. and didn’t have the energy to run or do sports like my friends. It was disappointing always being the “scorekeeper.” In 7th grade I had a stomach tube put in and by the following year had started to catch up in weight. The stomach tube helped me to not only gain weight but keep it stable and have more energy. Which helped to finally push me through puberty (around my senior year).

As I got stronger with my weight gain, I was able to do more, like try-out and do Poms in 8th grade. I could keep up better in P.E class and had the energy to do musical theatre with my friends. I continued to dance through college and I know none of that would have been possible without my stomach tube all those years.

Experiencing CF symptoms as I get older

As I get older, I notice some CF symptoms aren’t as intense, while others get worse with age. It’s interesting that, even with a progressive disease, not all the issues are getting worse with time. Overall, my number of hospitalizations due to lung infections has decreased as I age. My intestinal blockages and surgeries are significantly less too. My lung function has dropped over the years, but in the last few years, it has remained pretty stable.

The biggest challenge as I have gotten older is my CF-related arthritis and how it affects my daily life, especially as a mother to a very active toddler. Also, when I get sick, I always need IVs. I’m resistant or allergic to all antibiotics that come in oral (pill) form. I worry about my IV options in the long run. The 3 strains of pseudomonas aeruginosa in my lungs have become multi-drug resistant (which is common after treating them for over three decades). I only have two antibiotic IV options left, which is a little scary.

I have seen more issues with my bones, vitamin levels, liver, and kidney function as well. This makes sense since CF is a progressive disease. Also, CF patients are at a higher level of risk for CF-related diabetes, cancer, liver disease, kidney failure, heart problems, and more. So, it’s not just a lung disease. And sometimes I think that is forgotten.

Paying attention to all cystic fibrosis symptoms is important

In order to treat my CF, I have to pay attention to the whole picture of CF symptoms. Every single aspect of how it affects me is important. Thanks to medication and research, we have more options for treatments to help us. When I was a kid, we didn’t have many treatments specific for CF. Not many options of enzymes, or antibiotic inhalers, not to mention none of the newest gene-modifying pills: Kalydeco, Orkambi, Symdeko, and Trikafta. I’m set to start Trikafta soon!

I’m very thankful for all the support and research that is has been done on all aspects of CF (not just our lungs). I have to remember that I need to treat my whole body and all the aspects of CF – not just my lungs.